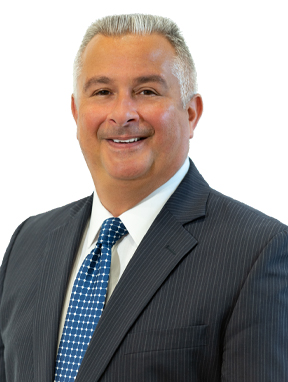 Paul joins us as Vice President of Business Development for the Southern Region and will lead our Acquisitions and Affiliates program, focusing on expanding our footprint throughout Florida, Georgia, and the Carolinas.

Paul began his real estate career in 2001 as a sales agent in the Finger Lakes Region of Western New York before being tapped for the position of Regional Vice President and Sales Manager for Howard Hanna Real Estate in New York State. Paul moved to SWFL in 2016 where he served as the Managing Broker for two Michael Saunders & Company offices in Sarasota.

Paul is a retired Police Sergeant from Rochester where he served his hometown community for over twenty years. He is a graduate of the State University of New York, college at Brockport, as well as the FBI National Academy in Quantico, Virginia. Paul and his wife Theresa have five adult children and enjoy boating and the beaches.