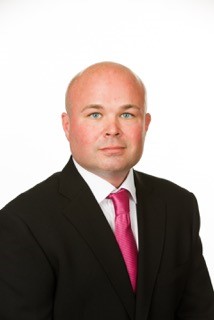 Originally from Chicago, Illinois, PJ Collins and his family had been vacationing in Naples since the 1970's finally relocating to Naples in 1991 where PJ attended high school at Naples High. After attending college, PJ followed in his father's footsteps and began his real estate career in 2000 with Premier Properties of Southwest Florida. PJ's family has been instrumental in helping create what Naples is today through their philanthropic endeavors. His great-grandparents owned and protected Keewaydin Island and the Keewaydin Club for almost 40 years, rebuilt the Naples Pier after 1960 Hurricane Donna and again in 1970 when pilings had to be replaced and fought to insure the pier would remain open free of charge, built the Norris Center at Cambier Park, founded the Big Cypress Nature Center. The Norris/Gaynor/Collins family has supported local marine research, assisted in founding the Conservancy of Southwest Florida, purchased the Gulf-front property for Delnor Wiggins Pass recreation area (named after both his great-grandmother and great-grandfather), his great-grandparents Dellora and Lester Norris, were instrumental in the founding of the Naples Community Hospital, as well as other notables.