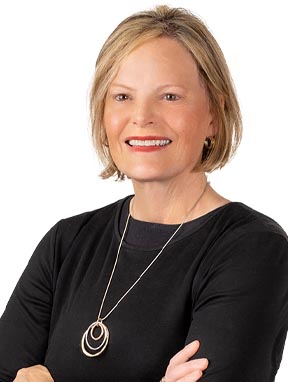 "As first time home buyers in Longmeadow, working with Moira was an great experience overall! She was patient as we moved slowly at first, but once we were ready to get serious, her consistent communication and responsiveness made it easy to schedule times to see houses we were interested in. Additionally, she made us feel comfortable and safe during covid by sharing plans and policies before our appointments. Once we found the right home for us, she guided us through the process of home-buying and connected us to recommended people for inspection, mortgage, and attorney needs. We would recommend working with Moira, and we will again if/when the time comes to move again."
Kaylee Hamar & Will Plaut (Longmeadow, MA)

"Moira Murphy is my friend and was my real estate agent with I purchased my condo.
She understood how much support I needed and was always tuned in to my wants and needs.
One of the most important traits Moira possesses is trustworthiness...she never mad false promises and went above and beyond to move the deal forward.
Moira Murphy is not your nine to five agent. She made her self accessible and I will be forever grateful.
Sara Suchy

"We had a wonderful experience both selling and purchasing a new one with Moira Murphy! She went beyond the call of duty for my family to help us find the right home. Moira was flexible, honest, and extremely patient. My husband and I originally wanted to down size to a condo and Moira went along for the ride. Then was completely understanding when we decided we needed a house. Moira is simply an amazing woman! I have since recommended a co-worker who was also selling and looking for a new home."
Danielle and Josh Leveille

"Moira helped my family find the right home during our transition from renting in Longmeadow. She was very attentive and very patient which was so important to us! Moira was even crazy enough to answer her phone while she was on vacation and entertained our need to see dozens of homes. Moira attended our closing and we will be using her services again in the next couple of months. Moira has since become a friend and I referred my sister to Moira who helped her sell and purchase a home. I would never feel comfortable with anyone else because she always makes me feel that she has our best interest in mind!"
Dawn and Bailey Center

"I have used Moira Murphy twice over the years to sell real estate, and each time she has performed superbly. My sales experience was seamless, highly effective, and highly efficient. Moira is outstanding!"
Richard DesLauriers (Longmeadow)

"Moira was so attentive to every detail in the sales process. She went way above and beyond and since we did not reside in the house or the area, Moira provided services to ensure the house showed well, was cared for, and looked attractive for potential buyers. She was fantastic and we have never had such a positive experience."
John D & Nancy Nichols (Longmeadow, MA)

"I have used Moira Murphy twice over the years to sell real estate, and each time she has performed superbly. My sales experience was seamless, highly effective, and highly efficient. Moira is outstanding!"
Richard DesLauriers (Springfield, MA)